I am Miguel, a Mathematics tutor on his free time and currently focused on understanding knowledge and the value of information.

If you have any big ( and potentially costly ) decision and investment to make, Douglas Hubbard’s Framework laid out in his book How to Measure Anything provides the best approach to doing it properly. Reach out if you want to discuss this or read a short introduction to Expected Opportunity Loss if you wish to try it alone.

There is too much information in the world for a single person to know it all, and as such we trust each other: I go to my doctor with medical concerns, my mechanic about my car troubles, my lawyer about legal issues, and so on. It is a fact that we need to rely on each other to be successful. When faced with complex and uncertain events, this can prove problematic since there is too much contradicting information, and so we have to ask ourselves:

Which of the many views should I rely on?

The final goal of answering this question is that when big decisions are being made, be it applying tax cuts, deciding which social projects to apply, which contractors to sell a big project and which laws to pass, we can be certain that the decision is being made in the interest of society and not based on personal interests.

As a starting point it is needed that, at the moment of decision making, the decision makers are provided with correct unbiased information.

In the past thirty years, since screens became commonplace, the number of women in the top U.S. orchestras has increased fivefold.

What the classical music world realized was that what they had thought was a pure and powerful first impression-listening to someone play-was in fact hopelessly corrupted. “Some people look like they sound better than they actually sound, because they look confident and have good posture,” one musician, a veteran of many auditions, says. “Other people look awful when they play but sound great.”

With this it becomes apparent that many of these flaws can be removed by improving the systems with which we make decisions, at which point I go back to the original question of how to make decisions with conflicting information. Questions like “Is a single payer healthcare system worth the cost?”, or “Should we implement UBI?”, or “Will Brexit strengthen the UK’s economy?”

One of the key takeaways from Blink is that for us to improve on any task we need to get feedback on our performance of it. Given the generality of information above, this resembles forecasting markets. This connection comes from the fact that forecasting markets reward users for being correct now about a future event (at which we will get more information), and as such incentivizes better information analysis.

One of the key insights is that most currently controversial topics should become obvious in retrospective: we can see that by comparing with previous major debates such as US’s Civil War about slavery, which nowadays society has agreed to be terrible thing, or around Socialism vs Capitalism where the fall of the USSR defended the superiority of Capitalist systems. By looking at the Socialism vs Capitalism debate I would like to point out that we have not settled the question, however we have more information and confidence about what we believe to be true.

Prediction Markets build a good reward system for such information based forecasts, however thy still have flaws. For instance, Stock Markets share Warren Buffet’s insight that In the short term the market is a popularity contest, and as such one can be rewarding by predicting herd behaviour, even without knowledge of the underlying issue. This also happens with political tool PredictIt and the decentralised Prediction Market Augur.

A few different forecasters keep their forecast online available for everyone to use, however this is a non scalable solution: It requires us to individually know the people behind the forecasts, and it allows them to pick and choose which forecasts they keep online.

When looking at the forecasters ability, there is the need to be some sort of (Forecaster) Status as described by Eugene Wei (warning: that post is a VERY long read). The key idea is that status is only worth anything in comparison to others: If everyone can be labelled a good forecaster then that title is meaningless. This is the key idea I have been toying with, and what I aim to achieve with Quest Powered. What claims about the future can you contribute?

Bonus: These are my dogs :P 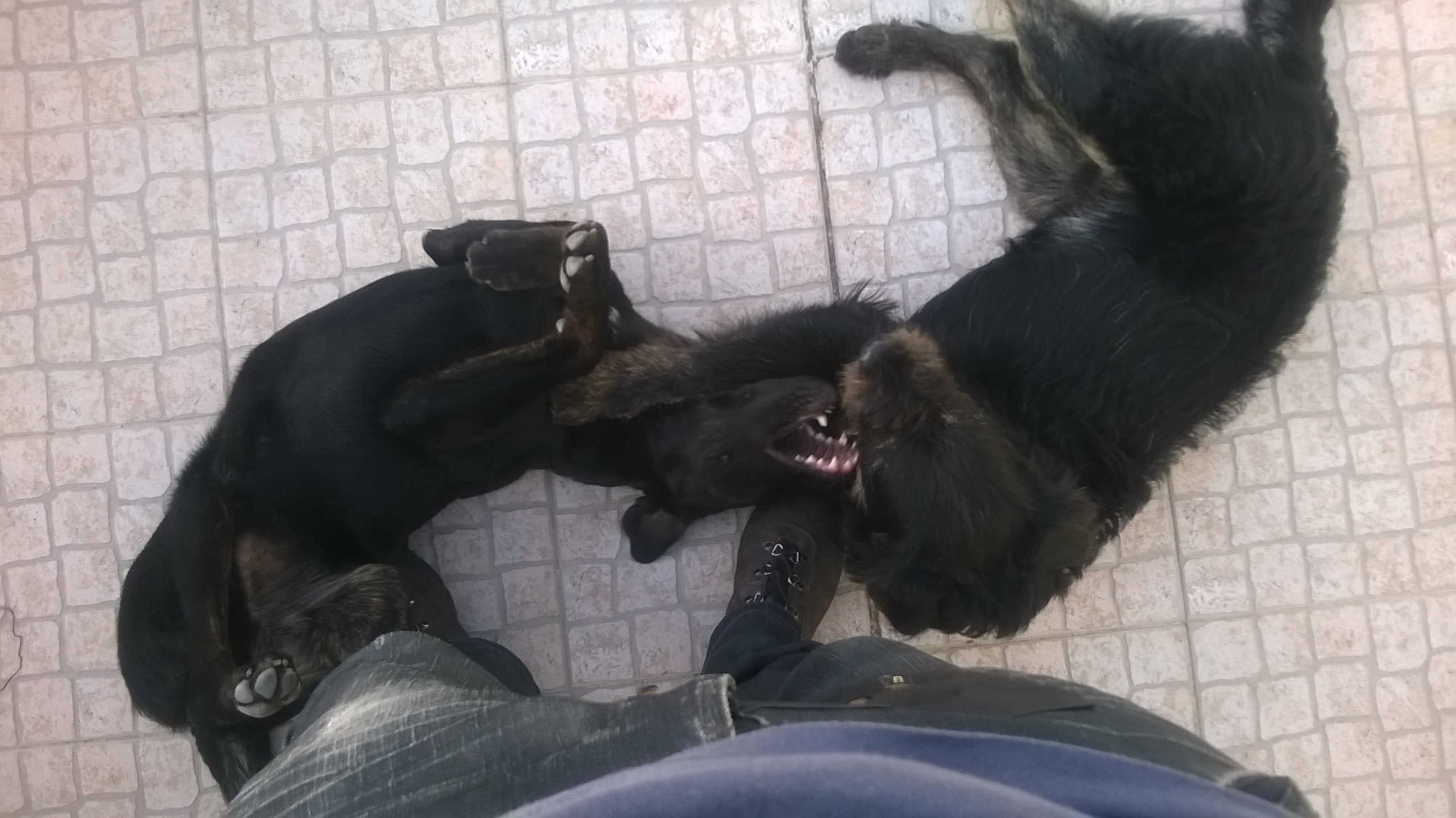